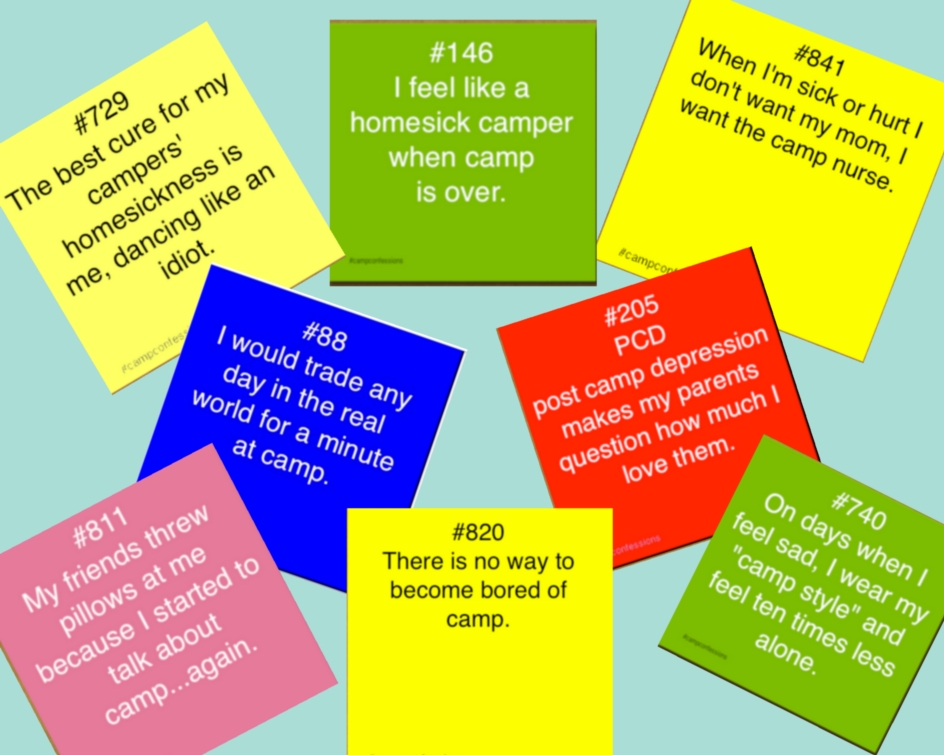 adjective
(as defined by Urban Dictionary)

The opposite of homesick (or home-lonely; medically, you’re not actually ill). Intense longing to be back at summer camp. Afflicted persons may show a variety of symptoms, including melancholy, reminiscence, and attempts to incorporate camp culture, routine, and lingo into “real world” life.

Some cures for “camp sickness” include send the afflicted person back to camp and constant communication with fellow Robin Hooders. Designated camp time will allow those who are campsick to instantly be cured of all symptoms.  Otherwise, be patient with them. Try to distract them without making them feel as though you don’t care about how they feel. Listen to their camp stories, even though you’ve likely heard them more times than you care to. If possible, try to incorporate their favorite camp customs into the “real world”. Encourage contact with other “camp people”, because they will share experiences and alleviate the feeling of being alone.

After spending the best summer at Robin Hood, many campers missed it so much they became campsick. Most of their friends at home did not understand, and aggravated the feeling.